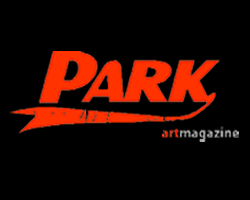 What do you think being creative means?
As cliché as it may sound, being creative means seeing things under a “new” light, approaching them from a different angle and proposing insightful solutions. Taking into account that any solution you come up with has probably been tried or done before, it’s in the details that the secret to creativity usually rests, that little something that triggers any EUREKA moment.

How do you include creativity in your life?
It’s not so much a process of including it in life as much as treating it as a tool to overcome problems or difficulties we don’t expect at first. It’s always there to help you go through with life and as such it’s more a question of nurture vs. nature, which means that everyone has creative potential but this, as anything else, needs to be first and foremost fed in order to survive and from then on to grow. The world provides plenty of food for thought and picking the right ingredients is a matter of taste.

What thoughts do you have as to how your life has influenced your creative imagination, and how your creative imagination has influenced your life?
It goes on roundabouts doesn’t it? You can look at most children and sense that look of bewilderment towards the world and the things we take for granted, the same look we had when we were that age. I believe that the sheer power of imagination one has as a child gets gradually transformed in a mix of loss of innocence and practical thought, all of this within every specific cultural background shaping. You can be the most creative person in the world and rarely be presented with opportunities to show it or you can live/work in an environment that supports and even encourages creativity and end up accommodating yourself to that pre-determined scenario. One must find or at least look for some kind of balance, to address life’s questions in a creative fashion without losing touch with its most simple aspect, life’s basic needs. We should also underline the part that family, friends and other personal relations take in life; they are personality shapers and as such influence creative thinking, positively or not.

What, if any, exercises do you do to get into a creative mode?
Try to achieve some start-up idea/concept and work from there. Since it’s mostly a mental process, it frequently involves a fair number of mental associations; as ridiculous as any thought might sound at first it should at least be given a second chance, for addition, subtraction, to revolve around itself or to even explode from its core. If an idea doesn’t work it just doesn’t and sometimes it’s best to bin it than to make it suffer and to make you suffer in the process, but since nobody said this was easy, when everything else fails I probably just go for a walk, listen to some music or pat the dog as I’ll have plenty of time to bang my head against the wall later.

How important do you think creativity is in life?
Important enough to make me realize that if it weren’t for creative thinking we would probably still be living in caves and chasing mammoths with a couple of stones. Opposable thumbs are great but we better know how to use them!
About
Park [art magazine] started in 2010 and is based in the City of Porto, Portugal. PARK [art magazine] is a joint project which aims to bring together as many creative minds as possible, from different backgrounds and willing to share their work through a home-grown online and printed publication dedicated to art and culture, making it’s debut into the web as a digital online edition in the form of a flip mag as well as a downloadable PDF. “The very anatomy of the magazine will hopefully rely on an ever-growing list of contributors. We want to make it as diverse and challenging as possible.”