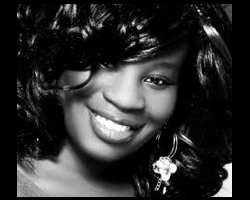 What do you think being creative means?
It’s the ability to explore and channel the inner workings of one’s mind or emotions and turn it into something that others can share and interact with in either a positive or negative way.

How do you include creativity in your life?
I believe creativity is a constant part of my everyday life - it’s a constant that never stops. Examples: Morning make up routine, decisions on the dress and image for the day, cooking decisions, finding new ways to express myself whilst communicating, entertaining others, etc.

What thoughts do you have as to how your life has influenced your creative imagination, and how your creative imagination has influenced your life?
It’s a cycle in my life as both are constantly intertwined. Nearly all emotions and experiences in life have been documented and expressed in a song, painting, joke or book etc etc. My early life was greatly influenced by a long list of musical and literary creatives. Music and books influenced me as I navigated many childhood experiences and still play a key role in my life today. Each day I add a song or book to my life. When I discovered my ability to write songs - I could channel my own experiences into my songwriting - it is a beautiful thing to be able to give others a melody or a set of lyrics to their life.

What, if any, exercises do you do to get into a creative mode?
I’m totally sporadic when it comes to songwriting. I work on the trigger factor: I see something, hear something or feel something and if the words work with the melody - hey presto - we have a song.

How important do you think creativity is in life?
I believe it is important. Everyone is creative - they just need to find their calling. It’s all about just being yourself…
About
Miss Beatrice Kateme-Byakika is a singer-songwriter known for her eclectic interpretation of East African music. She has written songs professionally since 2001. Her first official release was “In My Blood” released in 2005. The album is a pop album with interesting musical concepts ranging from RnB, rock to her specialty, the beautiful ballads. “Coming Home” was the next release in 2009, the album a fusion of East African rhythms and contemporary sounds. The Inspiration for this began during her time as a backup singer for Uganda’s international diva Rachel Magoola 2004- 2006. Inspired by her love for African music and a varied upbringing in both Kenya and Uganda she spins her tales of life and love in a variety of East African languages like Swahili, Lusoga, Samia and English. The songs from this album were featured by Charlie Gillett on the BBC and the acoustic rendition for that album has been performed at various London events including the Kenya Awards, Miss Uganda Launch, St Ethelsburga World Music Nights and the National Theatre in London. The album was nominated for the BEFFTA Awards in 2009.

2010 built on 2009’s progress with acoustic performances at the Amazing Africa festival in Trafalgar square in October, plus the Mayor of London City Hall Africa at 50 Event.

2012 saw the release of a new album entitled “Platform 9”. The journey of this album sees more experimentation with different styles, cultures and feelings whilst still maintaining the East African elements to the music. Aside from music, Miss Beatrice focuses her creative energies on fashion, running the exciting womens wear line Iconicity, alongside artist and fashion designer Kel Ramajong. Iconicity is a fashion brand that loves prints, colour and wearable designs. Combining enigmatic elegance with bold African prints, their collections are designed for the modern woman who is confident and dynamic, embodying a feminine allure that is sultry and elegant. Iconicity Fashion makes women feel beautiful and noticed for all the right reasons.
About | Connect | Store | Policy
© Danielle 'DMo' Oke. All rights reserved.  Art it up!