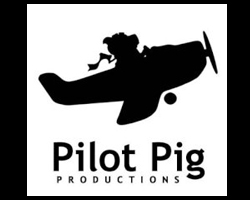 What do you think being creative means?
It’s about seeing things as they might be, instead of just as they are. Where most people saw a big rock Michelangelo saw the Madonna.

How do you include creativity in your life?
It’s such a natural process it’s so innate to my personality that I don’t know what it’d be like to not be creative. It’s all I know. So I don’t really have to include it, it’s just already there.

What thoughts do you have as to how your life has influenced your creative imagination, and how your creative imagination has influenced your life?
I don’t really live within the confines of normalcy and I think creativity is the culprit. If you can’t imagine a world beyond the horizon you’ll never venture out there to find it. People get caught within the constructs of a tiny slice of time and space and if you want to transcend that it takes a little imagination.

What, if any, exercises do you do to get into a creative mode?
I just follow my inspiration at any particular moment. If I’m in the middle of web design and I get an urge to play piano I’ll drop everything and just do that for a week. I don’t work with deadlines, which gives me the freedom to be spontaneous. I find this to be the most efficient method because when I force myself to do something I’m not interested in I don’t learn as well and the quality of the end product suffers.

How important do you think creativity is in life?
Creativity is the root of innovation. A world without creativity would have no progress.
About
Jack Vero is a Canadian-born film director, polymath, the founder of Pilot Pig Productions and the creator of the indie motion picture “Cherries and Clover”.

Jack attended St. Theresa of Lisieux CHS in Richmond Hill and studied Writing at York University. Despite scoring a GPA in the 95th percentile of his faculty, he dropped out after his second year.

In 2008 Jack founded Pilot Pig Productions in preparation for his first feature film, the teen romantic comedy “Cherries and Clover”. The company slogan, “Where Pigs Fly” exemplifies one of the fundamental goals of the company, that is, “to attempt the impossible”. The company motto is: “Pilot Pig Productions pursues perfection, promotes perpetual progress, and produces powerful pictures of passion and purpose”.

Jack lives in Santa Monica, California where he is currently in development of his next feature, a utopian futurist manifesto about the prospect of human immortality, another so-called “impossible” notion.